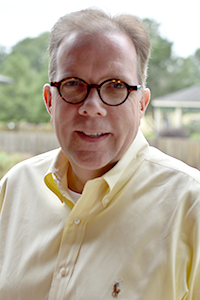 Dr. Rush received his Master’s degree in speech-language pathology from Oklahoma State University and his doctoral degree in Child and Family Studies from Nova Southeastern University in Fort Lauderdale, Florida. He joined FIPP in 2002. As part of his over 28 years of experience in the fields of speech-language pathology, early childhood, and early intervention, Dr. Rush has held the positions of Associate Director of Oklahoma’s statewide early intervention program (SoonerStart), Clinical Assistant Professor in the Department of Rehabilitation Science at the University of Oklahoma Health Sciences Center, and President of the Oklahoma Speech-Language Hearing Association. He has served as an editorial board member of Infants and Young Children and has published articles in the area of in-service training, coaching, supporting children and families in natural learning environments, and teaming in early intervention. Dr. Rush served as a member of the teaming strand for the revision of the International Division of Early Childhood Recommended Practices in Early Childhood/Early Childhood Special Education. He has coauthored the texts Coaching Families and Colleagues in Early Childhood Intervention, The Early Childhood Coaching Handbook, and The Early Intervention Teaming Handbook: The Primary Service Provider Approach. Dr. Rush has also written several book chapters on topics related to coaching and use of a primary service provider approach to teaming. He has consulted with over 30 states and numerous programs across the country as well as internationally and provides training on evidence-based early childhood practices related to how to coach, implement a primary service provider approach to teaming, and provide early intervention supports and services within natural environments. He holds the Certificate of Clinical Competence (CCC) in Speech-Language Pathology from the American Speech-Language-Hearing Association and is licensed to practice speech-language pathology in the state of North Carolina.