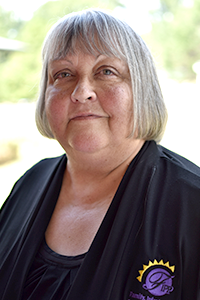 Ms. King graduated from the University of North Carolina at Asheville in 1999 with a Bachelor of Arts in Psychology. Joy has been working with children and their families since 1999 as a teacher in the public schools and home-based programs. She worked for the Head Start/Early Head Start Programs from 2003 to 2008 as a classroom teacher and family service worker prior to coming to FIPP. She was employed with FIPP from 2008 to 2010, transitioned to the FIPP Early Head Start program, and then returned to FIPP as a teacher in September 2013. Joy holds a North Carolina professional educator’s license in following areas: Birth to Kindergarten; Kindergarten to 6th grade; and English as a Second Language grades K-12.